This is my story of survival from years of abuse and promises of change that never happened.

The abuse was verbal at first. I was called all kinds of names, told that I was stupid, a lazy pig, and many other things that I would rather not write.

Slowly physical abuse began. First, he would slap me or throw things at me. He also threw me up against the wall and knocked my head into the car window several times.

Always after this happened, he was sorry and it would never happen again. He promised.

This was also always my fault. If I had listened to him, he would not have to hit me. Why couldn’t I do what he wanted me to!

He told me that if I ever left that he would find me and kill me. I felt trapped. Fear had gripped me so tightly that I thought my life was hopeless. I had three small children. Where would I go, what would I do?

I knew that he was getting more violent as time went on, so I took the girls and left. I went to a shelter in Cleveland and stayed there for one week.

Through family members I was told that he had been “saved”. He had given his life to God and had become a changed man. I wanted to believe this, so I went back home. I wanted to give him another chance, just like he asked me to because I felt that maybe he had changed and that things would be better. He talked me into having another child, to celebrate his change.

Soon after my pregnancy was confirmed, the abuse started again, as well as the drugs that he was addicted to. I was hit in the head and told that it would not hurt the baby, but it might knock some sense into me because I didn’t have any.

When I was six months pregnant, he set our house on fire and said that the hot water tank had blown up; this was just another one of his many, many lies.

After this, we separated. He went to Tennessee to stay with his sister while I stayed with his mother. He wanted to try and work things out between us, so again I gave it another chance. Nothing changed.

After my son was born, I decided that I didn’t want my children growing up hating me because I had put them through this abuse. I also did not want them to think that this was normal and that they had to put up with this when they got older. I did not want my son to think that he could treat a woman this way and that is was ok.

I filed for divorce.

The first court date that was set. He came in from Tennessee and would not let me go. He made me call my lawyer and tell her that I had changed my mind. She knew that I was being forced to say this, so she went ahead and got another court date.

One week before the court date, I left with my four children and went to another shelter, this time at WomenSafe in Geauga County because I was afraid he would find me in Cleveland.

At the shelter I found people who really cared and understood my situation because they had been through exactly the same thing. I found true friends and a place to gather my thoughts and people to help me map out a plan for me and my children. 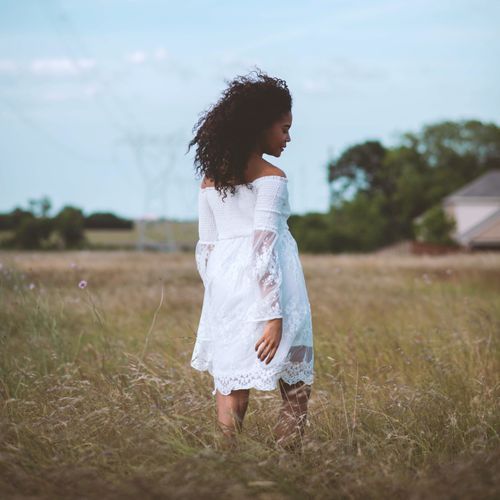 Divorce was granted and he was furious, he never even showed up for court. He told my mother that he was going to hurt me very badly when he got his hands on me, and this he did.

Two and a half months after the divorce, he and his girlfriend broke into my house while I was at work and tore up all of my major appliances, cut up all my clothes and were waiting on me when I came in. His girlfriend took my children and left in my van, he took me at gunpoint to a field and began to beat me.

For two hours he punched me, kicked me, and repeatedly told me that he was going to kill me. Two boys on bicycles saw what he was doing to me, they went and flagged down a police officer. Thanks to them, my ex-husband is now doing 15 years in prison.

The doctors said that they don’t know how any of my bones remained unbroken. I do. God was with me, he stood between me and those kicks and punches. I felt some pain, but I know that it was much less than what it should have been. My faith is now stronger than ever because I know that if God can deliver me from certain death, he can do anything that my life calls for.

Please don’t think that because he says, “I am sorry, it will never happen again,” that you don’t need to worry. This is just a way to buy a little more time until he gets mad again. Stop giving chances, I gave chance after chance and it almost cost me my life.